Home About Us Who We Are
Page Menu

SCI REMC was established in 1939 and is the largest rural electric cooperative in Indiana. Electric cooperatives were organized by people living in rural areas who banded together to supply electricity to their own homes, where investor-owned utilities refused to go (and still do). We are a non-profit owned and operated by the 28,200 members we serve across 7 counties.

SCI REMC is a leader among other co-ops in its technological advancements and community involvement. SCI REMC hosts several community programs, including Operation RoundUp, where our members round up their electric bill payments to the nearest dollar. Through this program, our members have distributed more than $3.8 million in grants for area charitable organizations and civic groups. In addition, SCI REMC sponsors various community events and energy programs for youths. SCI REMC is also leading the way in energy efficiency programs, constantly educating its members about the importance of when to use energy and how to use less energy while offering energy management services. Some of those services include free online energy calculators, free home energy audits, and rebates.

We seek to build trust through the following values:

What Is a Cooperative?

A cooperative is a business owned by its customers, known as members. Anyone who receives power from South Central Indiana REMC is part owner of the business. SCI REMC is one of 38 rural electric cooperatives in Indiana.

Electric cooperatives were organized throughout the state in the 1930s. At that time, investor-owned utilities were supplying power in urban areas but would not supply electric power to rural customers. This was common across the country at this time in history. People living in rural areas saw that those in cities had electricity and wanted it as well. As a result, with loans from the Rural Electrification Administration, rural communities banded together and created electric cooperatives. 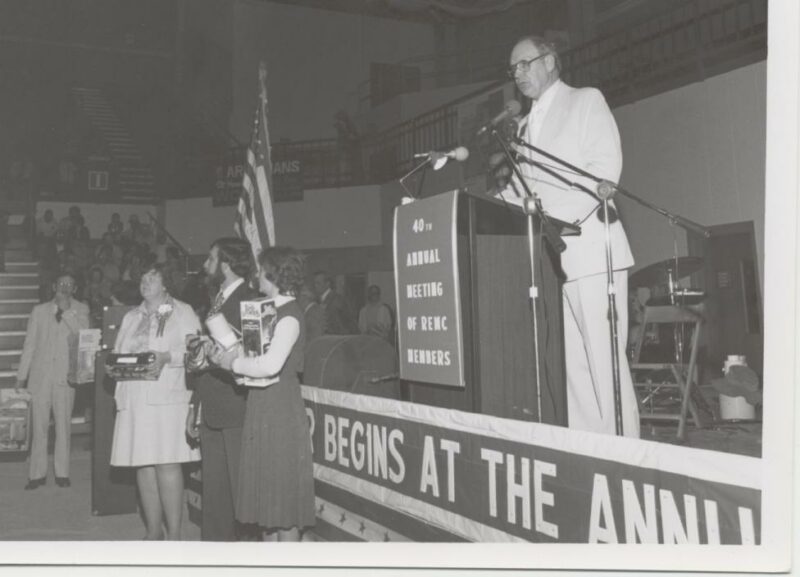 1995 – Started Operation RoundUp ® with the philosophy of giving back to the community through funding of grants to schools, churches, civic organizations, fire departments, and other not-for-profit organizations as well as some individuals. Each month, members who wish to participate allow SCI to automatically round up their electric bill to the next highest dollar.

2004 – Launched the first high-speed Internet service in the state of Indiana using broadband over power lines. Started own in-house right-of-way crew for line clearance and vegetation management of power lines. 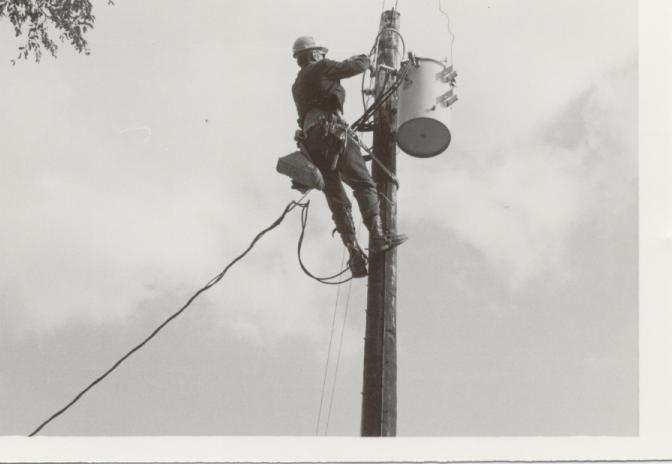 2005 – REMC invested $4.4 million in new lines and equipment, as well as upgrades to maintain reliable service.

2010 – Solar panels are installed in front of the SCI REMC headquarters. The panels are used to power the electronic sign display.

2015 – Operation RoundUp celebrates 20 years. More than $2.8 million total is given to the community since its inception in 1995.

2016 – Dedication and ribbon cutting of solar array in Ellettsville, Indiana, 4,100 panels, 10-acre, 1MW installation (or array) to bring renewable energy to its members.

2020 – Operation RoundUp celebrates 25 years. More than $3.3 million total is given to the community since its inception in 1995.

Flipping the Switch in Rural Indiana